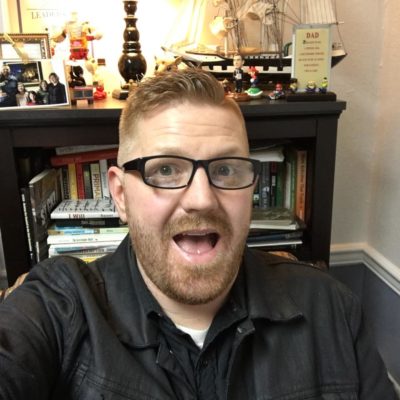 As I write this blog I am sitting in the beautiful city of Cleveland, TN at a hotel waiting to register for a church planting and revitalization conference. Last night I had the opportunity to talk with a fellow pastor and friend. We were talking about our experiences throughout ministry over the years and how God has moved both of us from one place to another either physically or spiritually.

We talked about how God has placed in their heart a specific ministry context and they shared their vision of how that would take place. The question came up as to why would God call them to the place that they are at currently if God had placed the other dream/vision in them. I responded to my friend that maybe God had moved them from one place to another for a reason and how that they are only one piece of the puzzle and that there are more pieces that need to be moved before that vision can come into fruition. We had a good conversation that last lasted to about 2 a.m.

I called my wife this morning to tell her about my night and to check in on the kids. I told her about my late night conversation and how God has moved this person from one area to another but has placed a vision in their heart for something different than what they are currently doing. I also told her what I said about the piece of the puzzle. She gave me the perfect illustration.

Do you remember those little square puzzles that had one piece missing and you had to shift the pieces around until you made a picture? You know the ones that made you so frustrated that you would cheat by popping out one of the pieces just so you can finishing it (you know you did)?

This is a perfect illustration of how the Lord works in our lives. You see, there is a BIG picture (our life) that we do not see, but God does. God knows what it is supposed to look like when it is complete. The bible tells us in Jeremiah 29:11 that God has a plan and a purpose for each of us, including my friend I spoke of earlier. But in order for that plan (the big picture) to come to fruition some pieces need to be moved around.

God will need to move you around either physically or spiritually in order to fulfill that dream in your life. You can take a look at the life of Joseph as an example. You remember that guy right? If not, check out Genesis 37.

Joseph was the one who had a coat of many colors. He also had some brothers that were very jealous of him too. In fact they were so jealous they took him and threw him in a pit, then sold him into slavery, and to top it all off they went back and held up his colorful now dipped in blood coat to their father and told him he was dead. Crazy right?

But you see this was all part of the plan in order to get Joseph into the right position as the second in command over Egypt! Joseph had a dream, but he had to be moved in order for that dream to come to fruition. Not only did he have to be moved, but others around him. The pieces had to be put into place. He had to be moved…others had to be moved.

Has God placed a dream in your heart? Be patient and wait. The picture is not done yet. Pieces still need to be moved.